The University of Hong Kong

In this talk, Professor Luo gives an overview of the history and development of deep learning in computer vision, and shares some of his recent work and experience of working in both academia and industry. More than eighty percent of information transmitted to the human brain is visual and more than half of the human brain is involved in visual processing. The quest of machine vision intelligence is to surpass the human visual system. The emerging development of deep learning answers three popular questions: Can a machine create like a human? Can a machine learn as fast as a human? Can a machine have visual general intelligence like a human?

Ping Luo is an assistant professor at the department of computer science, HKU. He received his Ph.D. degree in 2014 in Information Engineering, the Chinese University of Hong Kong (CUHK), supervised by Prof. Xiaoou Tang (founder of SenseTime) and Prof. Xiaogang Wang. He has published 100+ peer-reviewed articles in top-tier conferences and journals such as TPAMI, ICML, ICLR, NeurIPS, and CVPR, with 19000 citations in Google Scholar. He has won a number of awards such as the first runner up in 2014 ImageNet ILSVRC Challenge, the Gold medal in 2017 Youtube-8M Video Classification Challenge, the first place in 2018 Drivable Area Segmentation Challenge for Autonomous Driving, 2011 HK PhD Fellowship, and 2013 Microsoft Research Fellow Award (ten PhDs in Asia). He was named one of the young innovators by the MIT Technology Review “Innovators Under 35” Asia Pacific (MIT TR 35). 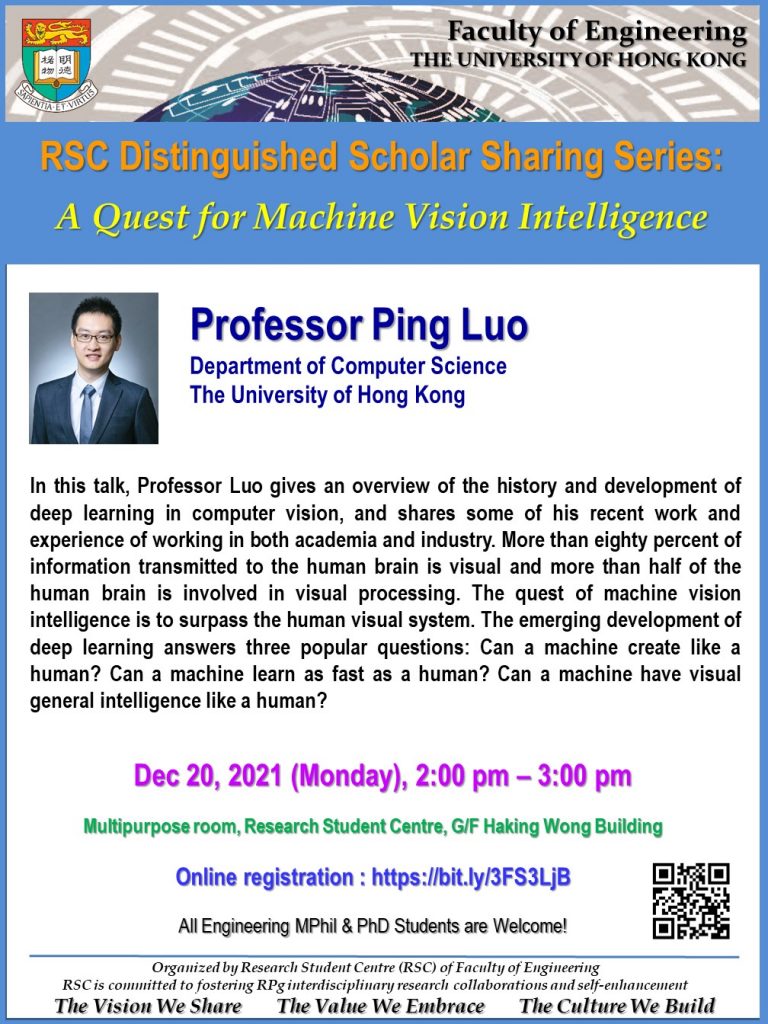